Peter is playing a solitaire game on an infinite checkerboard, each square of which can hold an unlimited number of tokens.

Each move of the game consists of the following steps: 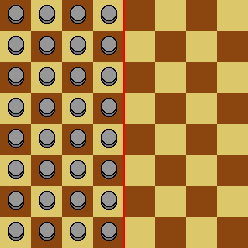 Peter's goal is to get a token as far as possible to the right in a finite number of moves. However, he quickly finds out that, even with his infinite supply of tokens, he cannot move a token more than four squares beyond the dividing line.

Peter then considers starting configurations with larger supplies of tokens: each square in the $d$th column to the left of the dividing line starts with $d^n$ tokens instead of 1. This is illustrated below for $n=1$: 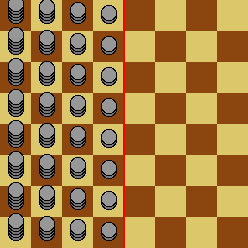